Alopecia or hair loss refers to the loss of hair from the head or any part of the body. It is not a sudden thing to happen overnight but starts gradually with thinning of hair and ultimately leading to hair loss. It can be temporary or permanent, depending on the underlying cause. There are different types of hair loss, one of the common types is Androgenetic alopecia. This type involves the genetics and hormones which cause hair loss.
You’ll find a variety of treatments for hair loss, but in this article we are going to discuss the connection between Saw Palmetto and hair loss. If you are looking for different treatments for hair loss, you have most certainly come across the name of this natural herb, which is mainly used to manage androgenetic alopecia rather than other types of hair loss.

What is Saw Palmetto?

Saw palmetto is an extract that is extracted from the fruits of a palm tree known as Serenoa repens or Sabal serrulata. This tree is grown in the Southeastern United States with a height of 6 to 10 feet, and the extract from its fruit (berries) is known to be one of the natural five alpha-reductase inhibitors. The purified extracts from berries contain 85 to 90% sterols and fatty acids. This combination of sterols and fatty acids is thought to improve hair loss (Androgenetic). Trichologists promote Saw palmetto as an alternative to finasteride due to its similarity to the finasteride in treating hair loss.

Before getting into the mechanism by which Saw palmetto acts to reduce hair loss, it is essential to know how hair loss occurs? Androgenetic alopecia is common in both males and females. It is caused by specific genes, which increases the sensitivity of androgenetic receptors to DHT (dihydrotestosterone). 5 alpha-reductase is an enzyme that converts testosterone to DHT. This DHT targets hair follicles in genetically prone people and causes them to shrink, affecting hair growth. It also transforms the hair growth cycle from long anagen and short telogen phases to long telogen and short anagen phase. These both effects cause hair loss.

How are Saw Palmetto and hair loss connected?

As described earlier DHT produced as a result of the action of 5 alpha-reductase is the cause of hair loss. So, the treatments aim at inhibiting the enzyme and uptake of DHT by the hair follicles. Saw palmetto is known to act in the same way. Studies have shown the inhibitory effect of Saw palmetto on 5 alpha-reductase, thus reducing the production of DHT. The other way in which saw palmetto exerts its effect is by decreasing the uptake of DHT by hair follicles by minimizing its ability to bind with specific androgenetic receptors.

Saw palmetto is available in following different forms that can be used for hair loss.

Among these capsules and tablets are readily available and effective. The recommended oral dosage is 320mg in two divided doses. 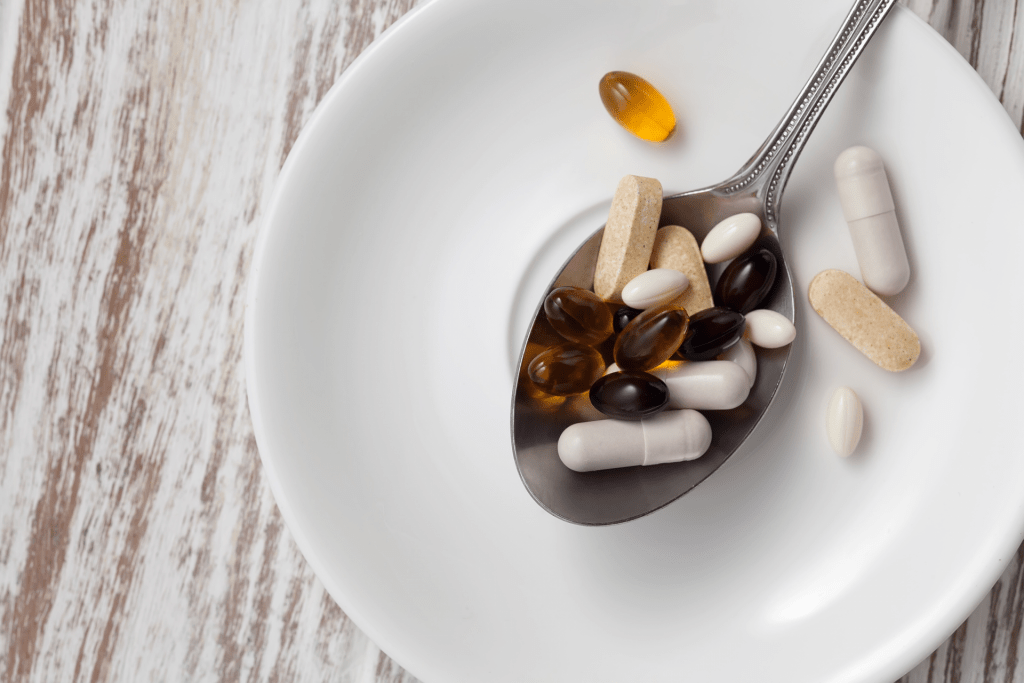 Nowadays, without any evidence of clinical research, no one is willing to try any product for any problem. Therefore we have gathered some studies which have shown the positive effect of Saw palmetto in reducing hair loss. Although more research studies are yet to be conducted to determine its efficacy.

Side Effects and Drug Interactions

Until now saw palmetto is considered as the safest hair loss treatment in comparison to other treatment options. Some commonly reported side effects during research studies are:

It can prolong blood clotting time; therefore, it must not be taken with anticoagulants (warfarin, aspirin, clopidogrel). It must be stopped if one is undergoing surgery as advised by the doctor. Because of its interaction with hormones, it must not be taken with other hormonal supplements like oral contraceptives and finasteride unless prescribed by your doctor. Saw palmetto must also be avoided during children and breastfeeding. Its interaction with testosterone may affect the normal development of male genitalia and may also be associated with birth defects, so it is contraindicated in pregnancy.

Given all the information about saw palmetto and hair loss, it can be considered as one of the cheap and safe alternatives to other hair loss treatment options. It is also readily available and will not cost you much like other medical treatments for hair loss. Although much research needs to be done to supports its effect in reducing hair loss, but many people are using this, and it does produce a positive effect. Apart from uses in hair loss, it has many other beneficial effects like in bladder infections, prostate cancer, and male sexual functions. Having minimal side effects, it is not a bad idea to give it a try for treating hair loss, specifically if you have androgenetic alopecia.